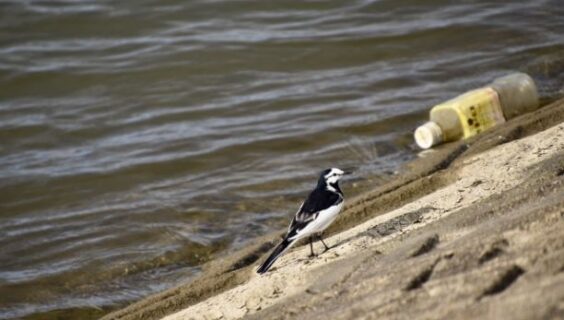 A common form of litigation for pollution lawsuits is a lawsuit to claim compensation for damages. However, in some cases, a lawsuit requiring a judgment that requires that a person be recognized as being subject to remedy is filed if there is a law to remedy a victim of pollution. The former is a civil lawsuit and the latter is an administrative lawsuit.

In the case of Minamata Disease Litigation, which is a typical pollution litigation, in recent years, when filing a lawsuit for compensation for damages, it is common to merge a claim for compensation for damages against Chisso, the company responsible for pollution, and a claim based on the State Compensation Act against the State and Kumamoto Prefectures. In this case, in addition to Osaka, where Chisso’s head office is located, there will be land jurisdiction in Tokyo and Kumamoto, which have ordinary jurisdiction of the State. When a court is filed with the State as a defendant, the address of the defendant shall be Kasumi, the address of the Ministry of Justice, 1-1, Seki, and the Minister of Justice (the name of the Minister of Justice) with the defendant as the State and the representative.

By the way, the Supreme Court’s decision on April 16, 2013 (hereinafter referred to as “Mr. F’s suit”) can be cited as a representative case of a lawsuit requiring the recognition of Minamata disease in recent years. This lawsuit was filed with the Kumamoto Prefecture, which had made the original dismissal, as the defendant, and requested the revocation of the original dismissal and the obligation to recognize Minamata Disease. However, the first instance was pending in the Osaka District Court, not in the Kumamoto District Court. It is Kumamoto Prefecture that the plaintiff filed an application for the Public Health Law and that the plaintiff dismissed the plaintiff, so it is likely that the land jurisdiction of the lawsuit for revocation of the plaintiff dismissal and definition is Kumamoto. Nevertheless, it seems strange that the court was not pending in the Kumamoto District Court. In fact, this is due to the following circumstances.

After the Kumamoto Prefecture’s application for approval of the Public Health Law was dismissed, the plaintiff filed a request for review against the Pollution-Related Health Damage Compensation Appeal Board against the disposition. The request for review was also dismissed, and the plaintiff called for relief from the court and filed a lawsuit. As a result of the decision to dismiss the request for examination, Mr. F’s court of first instance (the decision of the Osaka District Court on July 16, 2010) decided to merge the request for the revocation of the decision of the Appeal Board for Compensation for Environmental Pollution-Related Health Damage against the State with the request for the revocation of the application for dismissal of the Minamata Disease recognition application and the request for the definition of the treatment for the Kumamoto Disease recognition from Kumamoto Prefecture. The Kumamoto Prefecture was the defendant for the part requested by (a), but the State was the defendant for the part requested by (c), and the place of address of the plaintiff was within the jurisdiction of the Osaka High Court. Therefore, the Osaka District Court was under the jurisdiction of the court with specific jurisdiction set forth in Article 12, Paragraph 4 of the Code of Practice.

In some cases, however, the application was dismissed but an appeal to the original dismissal was not filed. In this case, if a compulsory lawsuit is instituted, Mr. F’s lawsuit will require only the part of ≈ and will not be able to merge the request of the part of ≈ in the case of Mr. F’s lawsuit. Then, the defendant will be the only prefecture that dismissed the plaintiff, the State will not be the defendant, and the jurisdiction of the court of specific jurisdiction under Article 12, Paragraph 4 of the Code of Compulsory Procedure will not arise.

However, people living in remote areas often receive explanations at offices outside the prefecture near their residence (hereinafter referred to as “out-of-prefecture offices”), and have their checkups at prefectural designated hospitals near their residence. Therefore, it may be problematic whether the location of the office outside the prefecture near their original residence is subject to land jurisdiction under Article 12, Paragraph 3 of the Code of Practice. However, the Supreme Court’s decision on February 27, 2001 states that:

In view of the purpose of the decision of the Supreme Court, it is unlikely that an office outside the prefecture has “been involved in the processing of the case” if a written notice of the decision to dismiss the original disposition has been issued by the head of the department in charge of the Public Health Law of the prefecture or by the name of the section chief. In doing so, it would be quite difficult to claim that the special land jurisdiction set forth in Article 12, Paragraph 3 of the Code of Complaints of Exercise would arise near the place of residence. Therefore, in the case where an action for obligation is to be filed without filing an appeal against the original dismissal disposition, it is considered that the action will be filed with the court located in the prefecture where the original dismissal disposition was filed.

However, the time and economic burden of bringing lawsuits to courts in Kumamoto Prefecture and Kagoshima Prefecture by people living in remote areas such as Osaka, Aichi Prefecture and Tokyo will be heavy as described above.

Can the lack of investigation and research on pollution by the government be regarded as illegal under the National Compensation Law?

The relationship between the words “pollution” and “pollution-related illness”